The History of Greenhouses

What is a greenhouse?

A greenhouse is a building with walls and roof made primarily of transparent material, in which plants are grown. The interior of a greenhouse exposed to sunlight is significantly warmer than the external temperature, protecting its plants from extreme conditions.

Modern smart greenhouses utilize technology for heating, cooling, lighting, and are connected to a computer to optimize plant growth conditions. But let's take a look back at the history of greenhouses.

The concept of growing plants in environmentally controlled areas has existed since Roman times. The Roman emperor Tiberius (AD 14-37) ate a cucumber-like vegetable daily, requiring Roman gardeners to discover artificial methods, similar to a greenhouse system, to grow it year-round.

The first report of artificially heated greenhouses is from a farming paper compiled during Korea's Joseon dynasty during the 1450s. In its chapter on cultivating winter vegetables, the paper details instructions on constructing a greenhouse utilizing ondol, the traditional Korean heating system built under the floor. Insulated walls and transparent windows permit just enough light for plant growth along with providing protection from the harsh environment.

The concept of greenhouses emerged in the Netherlands and England in the 17th century. The first stove heated greenhouse in the UK was created at Chelsea Physic Garden in 1681, established to grow medicinal plants.

Experimentation with greenhouses' design continued during the 17th century in Europe, as technology produced better glass and construction techniques developed. The elaborate and massive greenhouse at the Palace of Versailles, built in 1789, is an example of their size and potential.

Greenhouses arrived in America during the 1700s. Andrew Faneuil, a prosperous Boston merchant, built the first American greenhouse in 1737. George Washington built a greenhouse at his home in Mt. Vernon to serve pineapple to guests. The French botanist Charles Lucien Bonaparte, credited with constructing the first practical greenhouse in Leiden, Holland, during the 1800s, used it to grow tropical, medicinal plants. Initially, only the rich could afford greenhouses, but research potential spread to the universities where they began popping up.

Other large greenhouses from the 19th century include the Munich Glaspalast, New York Crystal Palace, originally built as an exhibition building, and the Royal Greenhouses of Laeken built for King Leopold II of Belgium.

The first greenhouse built in Japan was constructed in 1880 by Samuel Cocking, a British merchant who exported herbs. 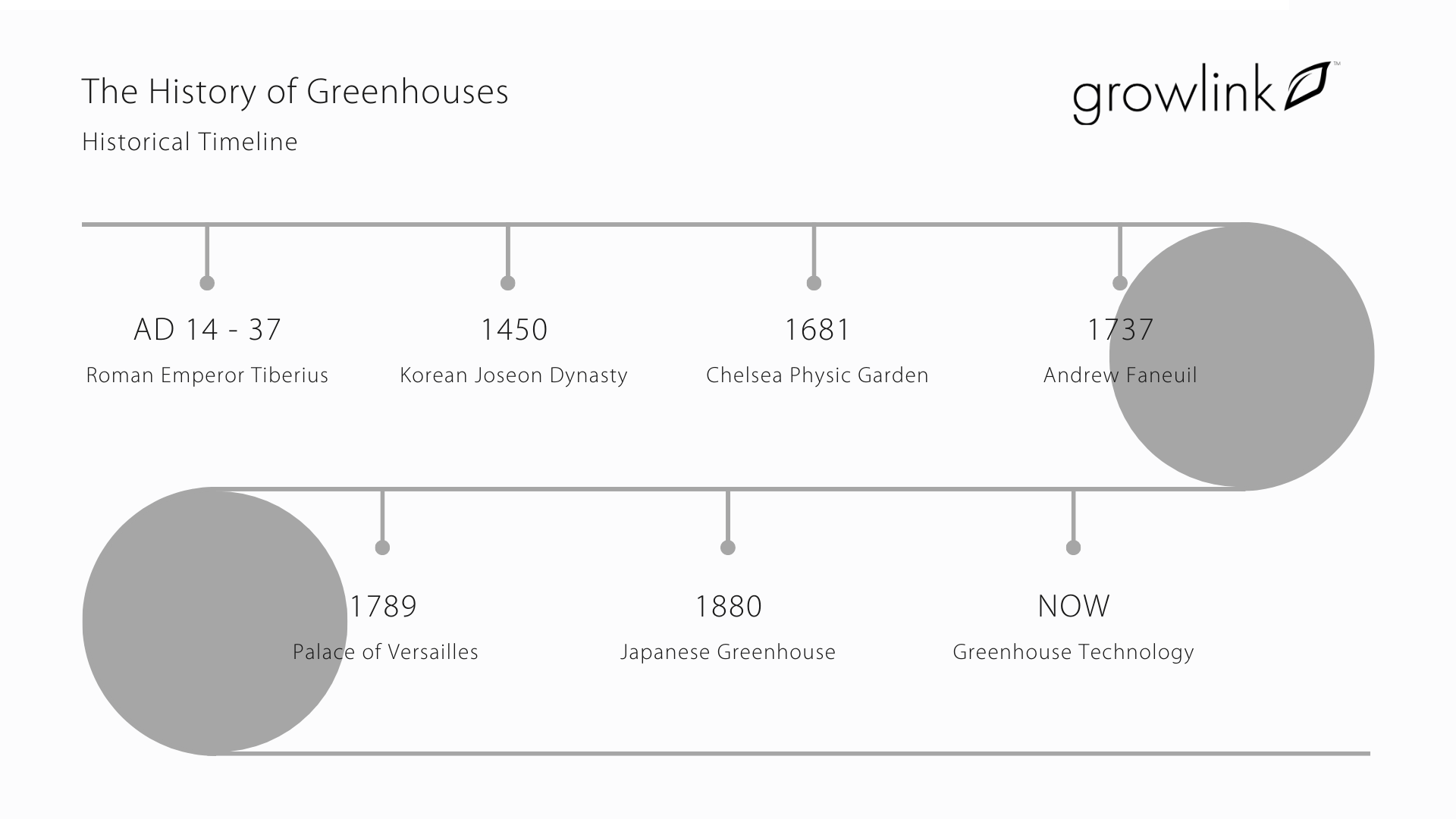 In more recent times, the geodesic dome was popularized with many types of greenhouses. Prominent examples are the Eden Project, in Cornwall, England, and the Climatron at the Missouri Botanical Garden in St. Louis, Missouri.

In the 1960s, wider sheets of polyethylene film became available, greenhouses evolved, and growers frequently made hoop houses. As production costs dipped, more greenhouses began appearing on small farms and garden centers. Polyethylene film durability increased significantly when more effective UV-inhibitors were developed and added in the 1970s; these extended the film's usable life from one or two years to three and eventually four or more years.

Looking ahead, technology will continue to innovate how we grow food and other plants in greenhouses. Advanced artificial intelligence and machine learning are the future of maintaining a climate-controlled greenhouse to supply a hungry world. 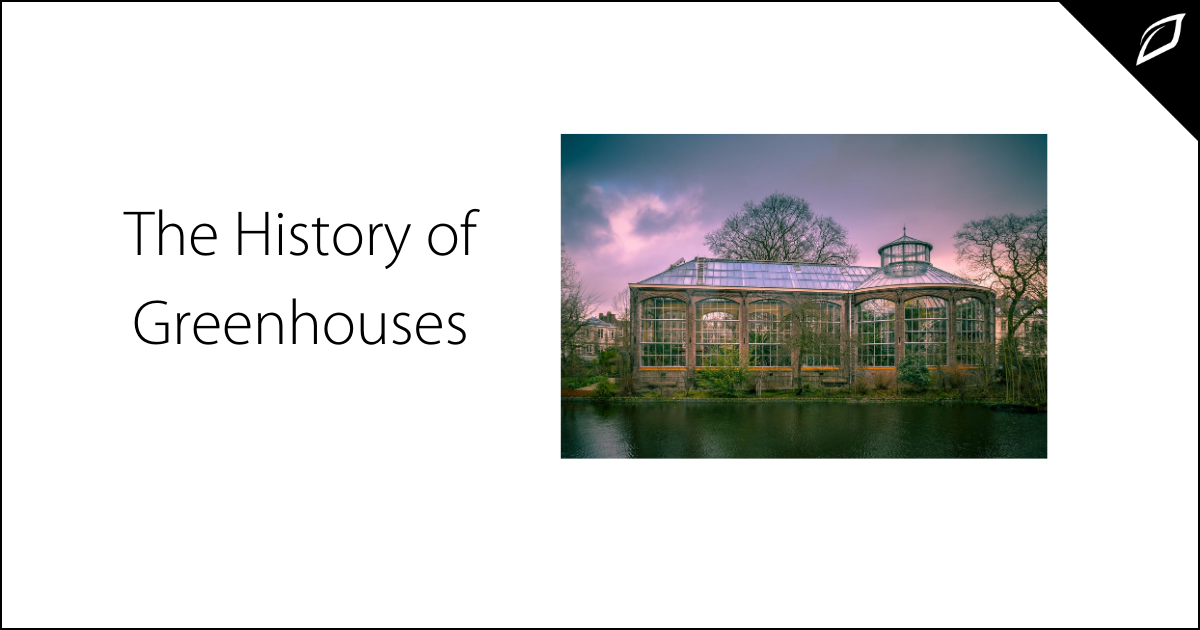