While conducting wildlife studies and completing a 15-year tenure conducting environmental compliance for the oil and gas industry, Kevin Crouch started his journey into cannabis. "Humboldt started my journey cultivating cannabis, where it blossomed into a passion for growing all plants especially cannabis, fruits, and vegetables. I fired up two lights in 2004 and never looked back." Kevin took a scientific approach to breed cannabis and created his first strain, True Romberry (DJ Short's True Blueberry x Romulan) he continues to innovate to this day.

Kevin continues, "I conducted my own horticultural experiments stemming from the first cultivars I obtained, including Flo, Romulan, Blue Moonshine, Hindu Kush, Morning star, and Sensi Star from the infamous Third Floor in Oakland. Those first strains blossomed into 100s of strains, multiple rooms, satellite grows, and dozens of breeding efforts. Over my cultivation career, I have used nearly all growing mediums and strategies but have always preferred growing hydroponically." In addition to cannabis, Kevin designed and landscaped his yard to cultivate only edible plants.

Kevin took botany classes at Humboldt State. Once he had a baseline for horticulture, he started looking into "dry farming." He conducted side-by-side comparisons and kept track of results. While he pushed his plants to their limits, he eventually began to see positive results and increased yields. "I read about "dry farming" approximately seven years ago and immediately began conducting side-by-side comparisons, measuring runoff EC and approximate water content in both trays. I noticed that despite EC being much higher, I did not see signs of nutrient burn, and flowers seemed to bulk faster. This general thought process was consistent with what I learned about osmotic pressure and water transport while attending Humboldt State. After years of consistent experimentation, I am still discovering new things and continuing to gather knowledge." Kevin commented.

Kevin met the Delighted Management team just as they broke ground on Sacramento's state-of-the-art indoor cultivation facility. The facility has over 1,350 LED lights in 10 double-stacked rooms with over 100 irrigation zones. Kevin explains, "We have been utilizing the Growlink platform for over a year at the facility in Sacramento, where it has assisted in controlling recipes from the fertigation skid, auto-filling batch tanks, monitoring and controlling room climate, light schedules, and dimming, as well as irrigation events. Growlink has allowed me to track water content and adjust irrigation events to accomplish specific crop steering goals. Working with the Growlink team, I helped design and test their new Crop Steering Program in an effort to fully automate the process." Kevin concluded.

Kevin Crouch worked with Growlinks' Marcus Baldinger to create the industry standard in crop steering documentation due to be released in September. Growlink is honored to work with talented and passionate growers like Kevin; keep it growing! 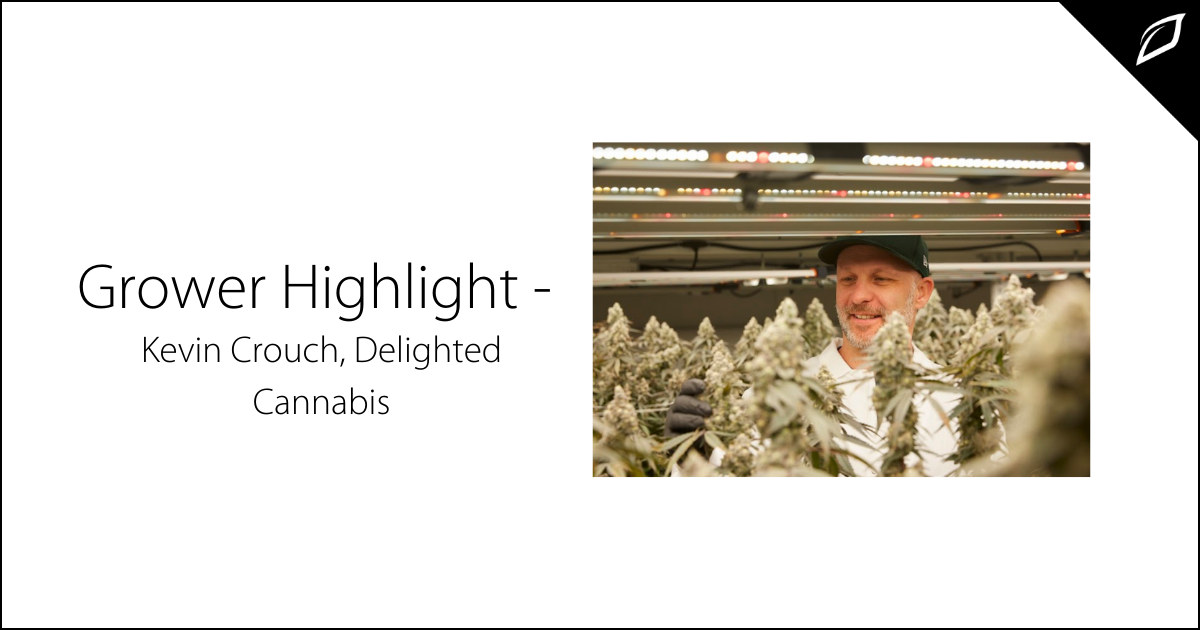