While the presidential election has been fraught with accusations, protests, and celebrations, let's examine some of the more compelling outcomes from the 2020 election: cannabis legalization! Yes, six states have adopted or updated the legalization status of cannabis in their state. This brings the total number of fully legal states to 17, 35 medical states, and only six states that still refuse to allow their residents access to a healing alternative to toxic pharmaceuticals.

With new states coming online to sell, there is likely to be an onslaught of potential new businesses looking to cash in on the green rush. Expect to see a surge in cannabis consultants, cultivation experts, lighting specialists, and grow automation and technology authorities flooding your state. And that's a good thing. Cannabis is relatively easy to grow (the name 'weed' was derived from its explosive growth), but it's a complicated and often overwhelming proposition to start growing or selling cannabis. These experts will guide you along the way. But always do your research to ensure you're getting the best advice for your individual needs.

Let's look at the election results:

Arizona narrowly legalized a highly restrictive medical cannabis initiative back in 2010. Now, just ten years later, voters passed Prop 207, for recreational cannabis, by a much larger margin. Arizona is a serious contender in growth with a robust medical market already in place.

For the first time, support from Mississippi voters was overwhelming in support of access to medical cannabis. By a margin of 74% to 26%, Initiative 65 passed. It's hard to predict if recreational cannabis is in their future, but this initiative's passing will help patients in the Magnolia State.

After voters approved a disastrous medical cannabis market in 2004, court battles and highly restrictive and impossible regulations eliminated 93% of dispensaries in the big sky country state. In 2016 they finally got their medical-use cannabis industry somewhat sorted, but it's far from thriving. Now that voters supported recreational with Initiative 190, it'll be an exciting market to watch for sure.

The Cannabis Regulatory Commission in NJ, created in 2019 to oversee its medical cannabis market, will oversee the new adult cannabis market. Amendment 1 was passed by voters in the November election, and some advocates expect a robust recreational market. 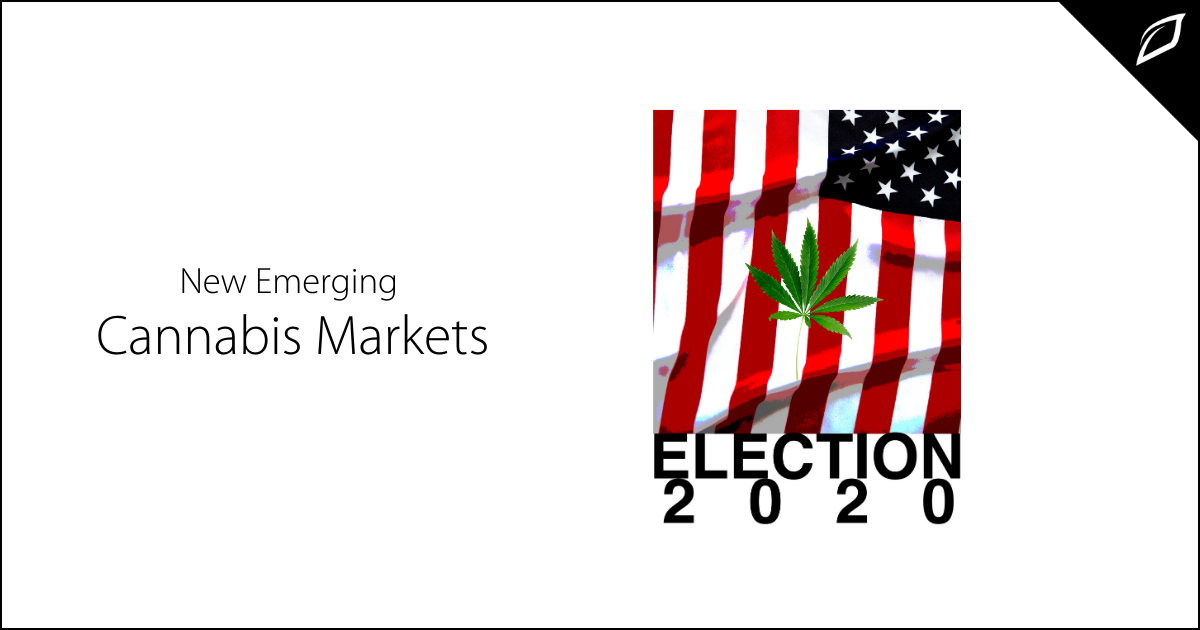