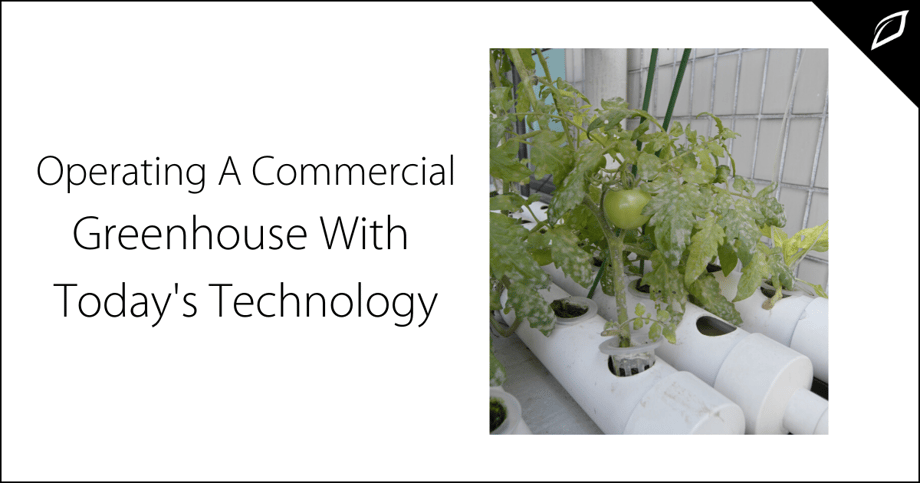 Commercial growers looking for productivity and predictability have long turned to the greenhouse as the best means to establish a stable growing environment.

That last point—about precision controls—constitutes a critical factor worthy of deeper examination. As a self-contained environment, the greenhouse is inherently controllable, and commercial growers may avail themselves of a range of technologies to ensure the highest levels of productivity with minimum labor.

At the cutting edge, some researchers have shown that technology when properly applied cannot just boost yields and simplify management, but even turn the greenhouse into a potential profit center in its own right. University of California researchers have shown that they can use solar energy both to foster plant growth and augment the power grid: They’re actually producing excess power, thanks to the solar-capture capacity inherent in the greenhouse structure.

Even for those working in a more conventional vein—farmers simply looking to boost yields and streamline operations—technology can do a lot to enhance the greenhouse operation.

A so-called “gold standard” already exists to describe the ideal technological organization of a greenhouse operation. According to a set of standards developed by the North American Greenhouse/Hothouse Vegetable Growers (NAGHVG):

NAGHVG says greenhouse operations should use computerized irrigation and climate control systems with heating and ventilation capabilities. Growers should rely on hydroponic methods where possible, reducing the need for in-demand resources.

Some of the key technologies in greenhouse operations are intended to support energy production, capture, and storage.

Solar energy management is a major ingredient. Arrays of solar photovoltaic cells convert sunlight into direct current electricity. Materials may include silicon, cadmium telluride, and copper indium selenide/sulfide. In some cases, these cells are incorporated directly into the building’s structure, making the entire greenhouse, in effect, an energy-capture machine.

Wind turbine technologies can likewise help to affordably and effectively power a greenhouse grow. New vertical-axis turbines use the twisted-ribbon shape of a helix to overcome noise problems and bring down the price.

While these technologies can all augment the greenhouse environment, the rise of Controlled Environment Agriculture (CEA) tools has been by far the most impactful development in terms of driving greenhouse operations to new heights.

Agricultural controls bring together advances in engineering and plant science, along with computer management technologies, to organize and direct a range of significant variables. In the confines of a greenhouse, it’s possible to regulate with pinpoint precision such key factors as temperature, humidity, light, and CO2.

In the past, farmers have been compelled to manage these factors by hand, with even professional growers relying largely on intuition to determine irrigation, nutrient dosing, and other variables. This requires the grower to be on site a lot of the time, and can lead to over- or under-application of water, fertilizer, and other costly commodities.

Environmental controllers leverage the inherently self-contained nature of the greenhouse to lift much of the management burden from the grower’s shoulders. Monitors and sensors are tied to smartphone apps, giving an off-site grower immediate insight into the greenhouse conditions, along with the ability to make adjustments as needed.

Technology has been a boon to the commercial greenhouse grower. With advances in energy management, supplemental lighting, and especially environmental controls, it becomes possible to maximize the greenhouse environment, while giving the grower greater freedom—thus enhancing productivity all around.