The History of Agriculture

How we grow food has changed considerably in the last 50 years, with a surge in alternative agriculture emerging in our very recent history. Advances in technology, greenhouses, and consumer demands have all impacted food production. Let's take a look at how agriculture has evolved and what changes we can see ahead.

According to Wikipedia, the history of agriculture records the domestication of plants and animals along with the development and dissemination of techniques for raising them productively. Agriculture was a critical advancement in the rise of settled human civilization. The farming of crops and domesticated species created food surpluses that allowed people to live in cities. In this blog, we're going to focus on the growing of crops.

Agriculture began in different parts of the globe simultaneously. It's estimated that at least eleven regions of the world evolved some form of agriculture independently.

Starting from around 9500 BC, eight Neolithic crops – emmer wheat, einkorn wheat, hulled barley, peas, lentils, bitter vetch, chickpeas, and flax – were cultivated in the Levant. This middle eastern region includes Jordan, Isreal, Syria, Palestine, Turkey, and Lebanon. Rice was first planted in China as a domestic crop around 6200 BC, followed by mung, soy, and azuki beans.

The native people of New Guinea planted root vegetables and sugar cane around 7000 BC, with bananas making an appearance around 5000 BC. Meanwhile, in the Andes of South America, the potato was domesticated between 8000 BC and 5000 BC, along with beans, coca. In Mesoamerica, native people grew maize by 4000 BC, and cotton was domesticated in Peru by 3600 BC. 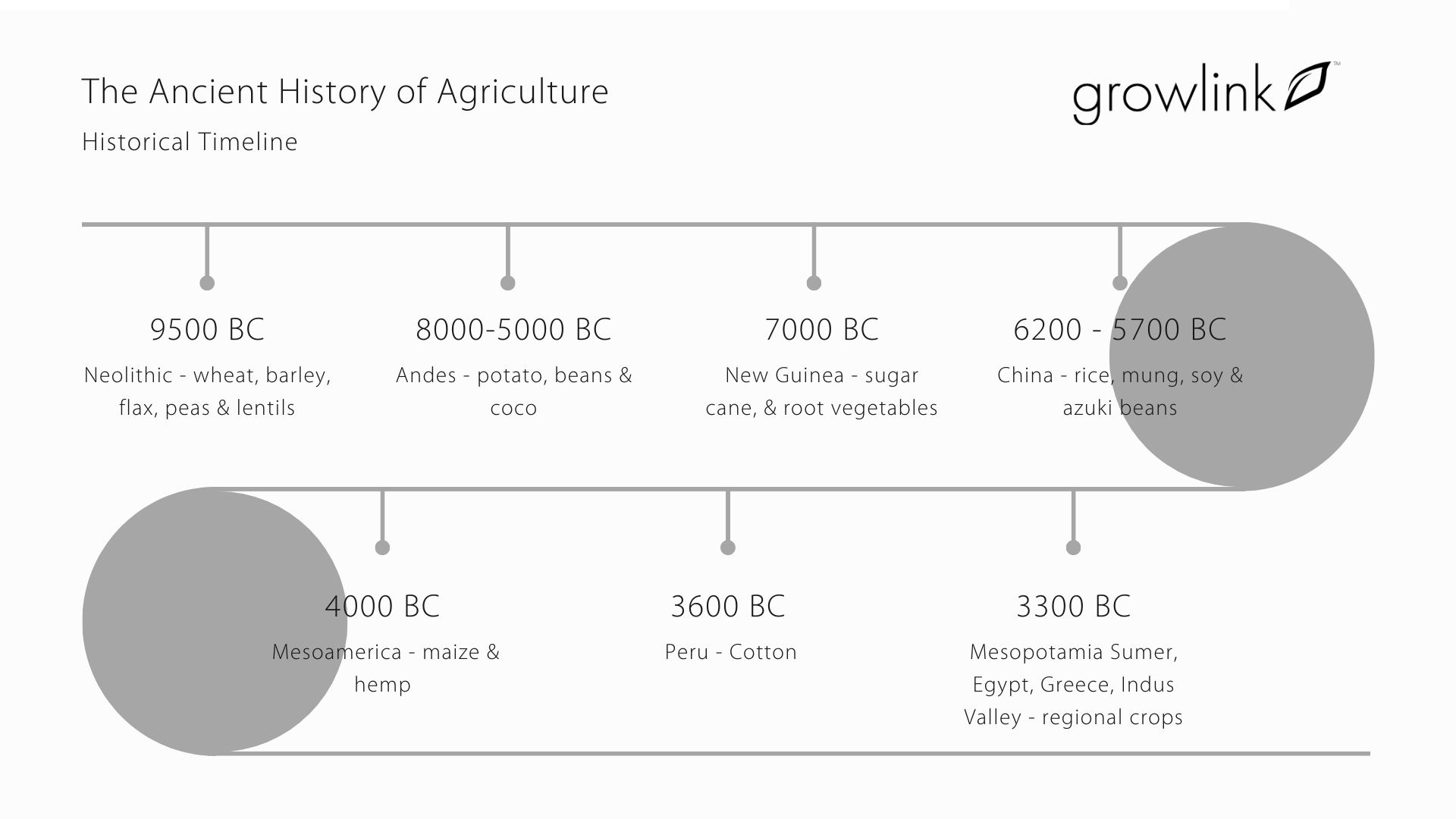 In the Middle Ages, agriculture was transformed with improved techniques and crop plants' seed distribution, including sugar, rice, cotton, and fruit trees. After the voyages of Christopher Columbus in 1492, Europe was introduced to New World crops such as maize, potatoes, sweet potatoes, and cassava.

Since 1900, agriculture has seen large rises in productivity as advancements became commonplace. Crop rotation, fertilizers, and greenhouses changed how we increase yields and grow year-round.

Human labor has been replaced by mechanization, automation and assisted by synthetic fertilizers. Modern agriculture raises critical social, political, and environmental issues, including overpopulation, water pollution, GMO's, tariffs, and farm subsidies. In response, organic farming has seen explosive growth as an alternative to synthetic pesticides. This has increased the number of indoor grow operations in urban settings. Many of these grows utilize vertical growing and sophisticated technology to control all aspects of their grow operation.

The Future of Agriculture.

Technology will continue to innovate how we grow food and other plants in greenhouses. Advanced artificial intelligence and machine learning are the future of maintaining a climate-controlled indoor, completely organic cultivation operations to supply a hungry world. 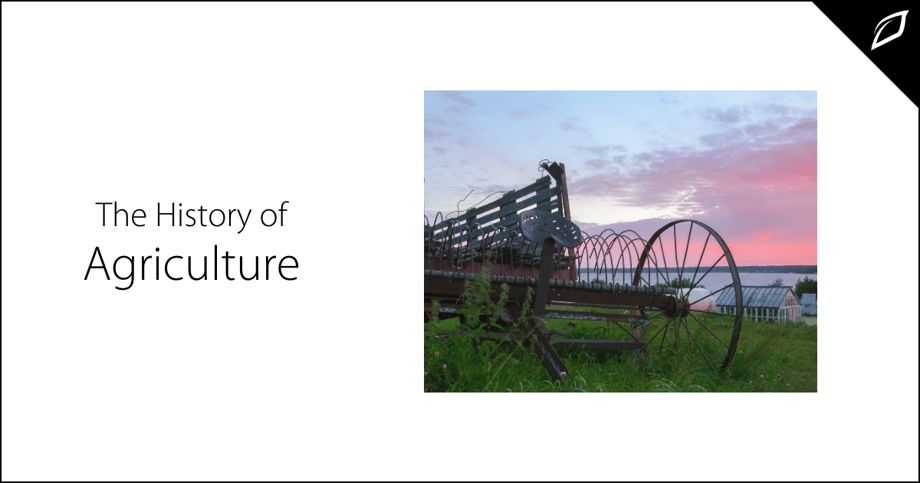