Indica vs. Sativa: Understanding The Differences 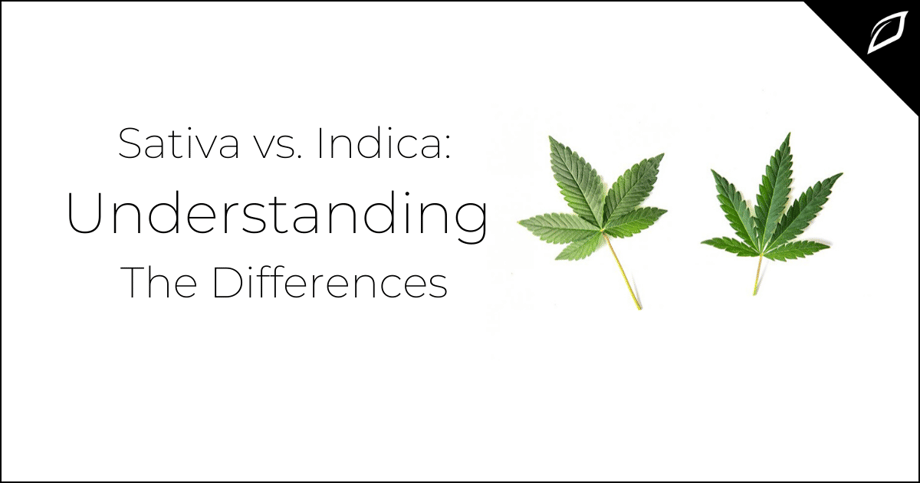 There are 3 different types of Cannabis plants; Sativa, Indica, and Ruderalis. Since Ruderalis isn't known for its THC content, most consumers are unaware it exists. The majority of people don't know the differences and are often too intimidated to ask. So let's look at the main differences between the two most popular types of Cannabis; Sativa, and Indica.

Sativas are best known for their "head high," a delightful, energizing effect that may help reduce anxiety or stress and increase creativity and focus.

Indicas are typically recognized for its full-body effects, such as increasing a sense of deep relaxation. A Bud Tender once explained it like this: Indica's make you feel like you've melted into a couch. In Da Couch. (It helped me to remember the difference.)

Strains are distinguished by their cannabinoid and terpene content. These compounds are what determine the strain's overall effects.

These naturally occurring components are responsible for producing many of the effects of cannabis use.

Researchers still don't understand what all of the cannabinoids do. Yet, they have identified two main ones — tetrahydrocannabinol (THC) and cannabidiol (CBD) — as well as several less frequent and less studied compounds.

THC is the primary and most well-known psychoactive compound found in cannabis plants. It's responsible for the "high" or state of euphoria associated with cannabis use.

CBD is non-psychoactive, meaning it doesn't cause you to feel "high." However, it may produce a wide variety of physical health benefits, such as reducing pain and nausea, preventing seizures, and easing migraines and stress.

The widespread popularity of Cannabis is bringing throngs of uneducated consumers to dispensaries. I hope to help those consumers make their buying decision with a little more education under their belt. Enjoy!