When Scott Anderson's Great Grandparents settled the land that is now Bear River City, the rugged pioneers from Sweden began a long legacy of farmers in Utah. His ancestors befriended the native Americans and began farming on fertile soil. Fast-forward several generations, and Scott is still tending the family orchards.

While earning his degree in mechanical engineering at BYU in 1965, Scott met his wife, Diane, and the two started a family. Ten kids and several decades later, the happy couple now has an extended family of 92! With many of his adult children working for the family business, his legacy and contributions to agricultural technology will never be forgotten.

A bit of a renaissance man of sorts, Scott Anderson, left a successful, 30-year career at Hewlett Packard, and took his Master's degree in electrical engineering along with his entire life savings, and in 2001 founded Acclima, Inc.

Scott longed to develop an effective way to precisely control the application of irrigation water and realized the advantages this would bring to farmers and researchers. Acclima now holds 11 patents, with the crown jewel of technologies in the TDT and TDR award-winning soil condition sensors. But there were many failed attempts, over 30 before they dialed in the perfect method.

The soil water content sensors Scott developed are gaining international recognition as the leading standard in soil monitoring and control. Over the last twenty years, Acclima has saved farmers millions in irrigation and fertilization costs without negatively impacting production. Acclima TDR sensors, with their cutting-edge technologies, have increased harvests and quality.

Permittivity is a property of matter and is well characterized, especially for materials that are electrically non-conductive. Water in its pure form is non-conductive. Permittivity quantifies the charge holding capacity for insulating materials. It is the ratio of stored electric charge to an applied electric field (Gauss' Law). If two conductive plates are separated by air and are connected to a battery, electrons will accumulate on the positive plate, leaving the negative plate and create an electric field between the plates. This forms a storage mechanism for the electrons. The amount of charge per unit voltage applied is governed by the permittivity of the medium between the plates. If the plates are immersed in water, the number of stored electrons will increase 80 times (water has a relative permittivity of 80 near room temperature). Thus by monitoring the current flow into and out of the plates resulting from an applied voltage change, it is possible to know the relative bulk permittivity of the medium between the plates, and since water is typically the only material in soil that has a high permittivity, we can estimate how much water is in the soil. Probes designed around this concept are frequently referred to as capacitive probes, but a more precise definition would be Gaussian probes since they are based in Gauss Law. Some permittivity probes do not appear to be capacitive probes by their architecture yet are nevertheless based in Gauss' Law. You can read the remainder of Scott's white paper about Acclima's proprietary technology here. 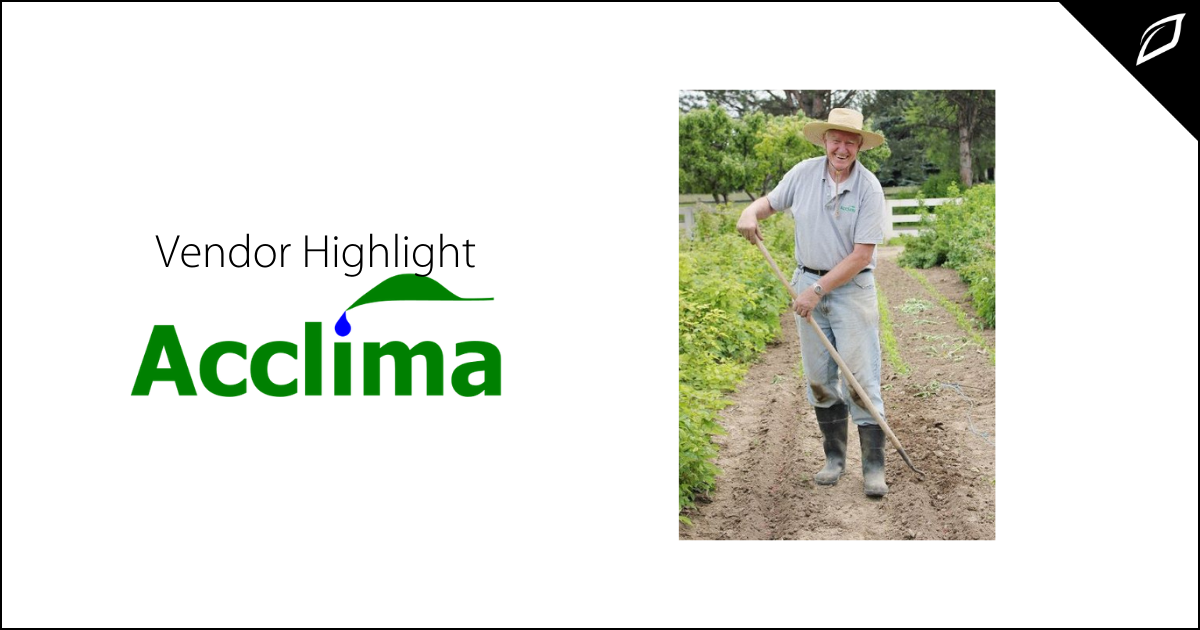