Can Hemp Change Our Reliance on Fossil Fuels?

Fossil fuels provide roughly 80% of the energy required to power our modern world. But as the old saying goes, all good things must come to an end. Coal, gas, and oil have a limited supply. Due to the increasing demand for energy worldwide, supplies are predicted to run out within the next half-century. Along with this, the mining, drilling, and burning of fossil fuels are harming the environment — and our health. We must embrace a clean energy future and find sustainable fuel sources to solve the fuel problem. Research suggests that biofuel, more specifically, hemp biofuel, could be the answer.

How Hemp Biofuel Is Made

Biofuel involves the use of feedstocks, plant material, or other organic matter to create a renewable energy source. The primary current biodiesel plants include soybeans, olives, peanuts, and grapeseed.

There are two types of biofuel: bioethanol, an alcohol made from the fermentation of carbohydrates in starch or sugar crops, including sugarcane and corn; and biodiesel, which is made from fats or oils via the process of transesterification.

Significantly, it is possible to create both biodiesel and bioethanol from hemp.

Biodiesel is primarily produced from hemp seed oil and is used in any conventional diesel engine. A 2010 University of Connecticut study found that the hemp biodiesel produced by its graduate students had a 97% conversion efficiency. According to Professor Richard Parnas, who led the study, those growing hemp could produce enough fuel to power their entire farm using hemp seed oil.

The rest of the plant is often used to produce ethanol or methanol. Occasionally referred to as “hempanol” or “hempoline,” this type of fuel is made through cellulolysis, which ferments and distills the hemp to extract the ethanol. On the other hand, methanol is produced from the woody pulp from the stalks of plants. Creating methanol from hemp uses a process of dry distillation.

Hemp biofuels could help lead the world to move away from its dependency on fossil fuels, providing a sustainable energy resource that is better for the planet in the following ways:

Hemp Filters CO2 from the Air

All plants work as a filter for the air — and the hemp plant is an excellent filter. As a carbon-neutral resource, hemp ingests carbon dioxide (CO2) very quickly through the process of photosynthesis.

Hemp may be used for bioremediation, which cleans toxins in the soil, including metals, pesticides, crude oil, and toxins in landfills. Farmers in other parts of the world use hemp to revive their fields. Hemp can be used to remove radioactive agents from the ground, like following the radioactive disaster at Chernobyl.

Another benefit of using hemp compared to other food crops is that it can be grown on marginal lands — plus, it requires no pesticides or fertilizers and little water. Hemp returns about 70% of its required nutrients into the soil, which means this crop requires much less fertilizer to grow. Fewer fertilizers mean cleaner water supplies.

While the 2018 Farm Bill allowed industrial hemp cultivation and research, the infrastructure for producing hemp biofuels is not yet established. Hopefully, the end of industrial hemp prohibition in America will be the catalyst for a new hemp biofuel revolution. 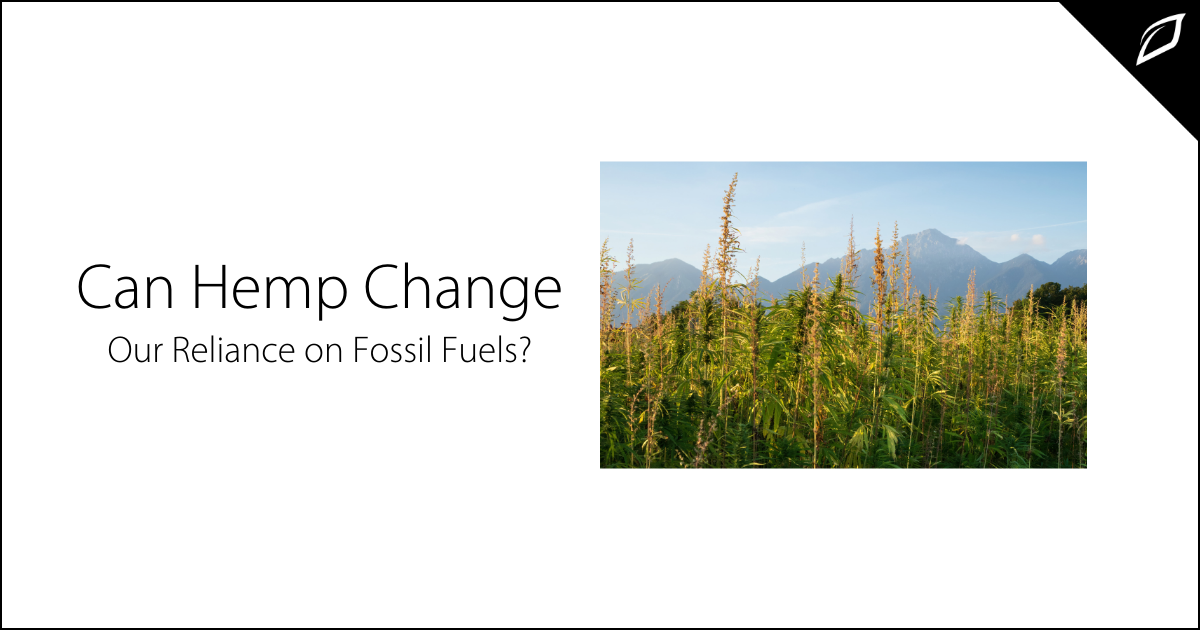