Comedy is universal, and some of the names of cannabis strains are downright hilarious. Goofy names are a great selling point for marketers who want to make a lasting impression on their customers. Check out this list of our favorite wacky weed strain names!

Vietnamese Laughing Grass - This humorously named hybrid is a pure Sativa cannabis strain, according to CannaSOS. As its name implies, Vietnamese Laughing Grass is said to induce a feeling of euphoria and supply generous amounts of giggles. A word of warning, we don't recommend using VLG as a substitute for laughing gas before any major dental surgery, but as a fun afternoon with friends, it's the perfect strain to chuckle your day away.

Cannasutra - Cannasutra marijuana strain is an Indica dominant hybrid with a 70/30 split. Hints of hash compliment the earthy incense aroma. A play on Kama Sutra, the ancient sexual practice of the east, it is typically used to get in the mood for love and is reported to provoke a full-body high. Not recommended for beginners due to high THC levels, but aficionados can indulge but should be mindful of the dose. Due to its high sedative properties, Cannasutra is recommended for evening and night time use.

Dopium - This 70/30 Sativa dominant hybrid produces a cutting diesel aroma with spicy, herbaceous notes. Like its namesake, it delivers an uplifting cerebral effect, appropriate for social situations and daytime use. It's been claimed to boost energy and creativity, increase mental clarity, and calms the body. Once the Dopium effects wane, deep relaxation and sleepiness are typical. It has been known to produce dry mouth and anxiety in high doses, so be mindful of that when ingesting Dopium. It is not widely available and is typically grown in Colorado.

Alaskan Thunderfuck - Information on this hilariously named cannabis strain isn't easy to find. It seems to be a moderately rare strain, native to its namesake, Alaska. After some digging, we found a Sativa dominant strain that really packs a punch with extremely high THC levels. Not for beginners, Alaskan Thunderfuck is said to produce an energetic high, prompting excessive laughter. That sounds pretty fun to us! But as it's not easy to find, it remains on our wish-list for now.

Dank Sinatra - Named after Frank Sinatra, the famous musician who relaxed us for decades with his soft melodies and sultry voice, this Indica dominant hybrid delivers a powerful high that offers an uplifting, euphoric effect good for social gatherings. Its aroma and flavor are similar to grape candy. Dank Sinatra cannabis strain is great for daytime use. Winding down to an Old Blue Eyes record and some Dank Sinatra can jazz up your day. 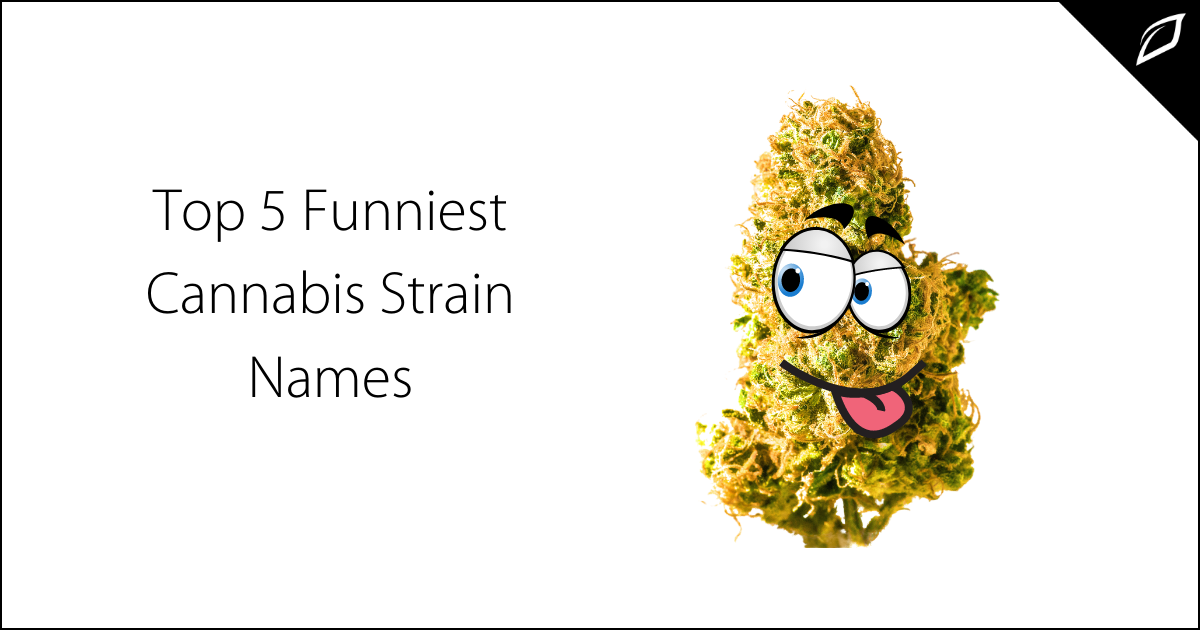