The Ancient History of the Cannabis Plant

Cannabis plants frequently make headlines in the US and around the world. The LA County Police recently raided an illegal cannabis grow worth an estimated $1B in street value. So while it's enjoying less criminal prosecution, it's still making news.

The cannabis plant is a genus of flowering plants in the family Cannabaceae with three recognized species: Cannabis sativa, Cannabis indica, and Cannabis ruderalis. It's native to Central Asia and the Indian subcontinent and has a long history as a drug for medicinal, recreational, religious, and philosophical purposes.

The Ancient History of Cannabis

Used for ropes and fabric dating back to the early Neolithic (10,000 - 7500 BC) age in China and Japan, the cannabis plant's medicinal qualities weren't realized until around 3500 BC, allegedly. That's when the first archeological evidence for the burning of cannabis was discovered in Romanian kurgans. However, scholars believe that it was first used in ritual or spiritual ceremonies by the Proto-Indo-European tribes who lived towards the end of the Neolithic period 7500 to 5500 BC in present-day Ukraine and Southern Russia.

Additional research suggests that the ancient Indo-Iranian drug soma occasionally contained cannabis, based on discovering a basin containing cannabis in a shrine of the second millennium BC (2000 through 1001 BC) in Turkmenistan.

Cannabis was introduced to the ancient Assyrians by the Iranians, who had discovered its psychoactive properties. Primarily used in religious ceremonies, they called it qunubu or "way to produce smoke" in their ancient language. It's thought that this is the likely origin of the modern word "cannabis." 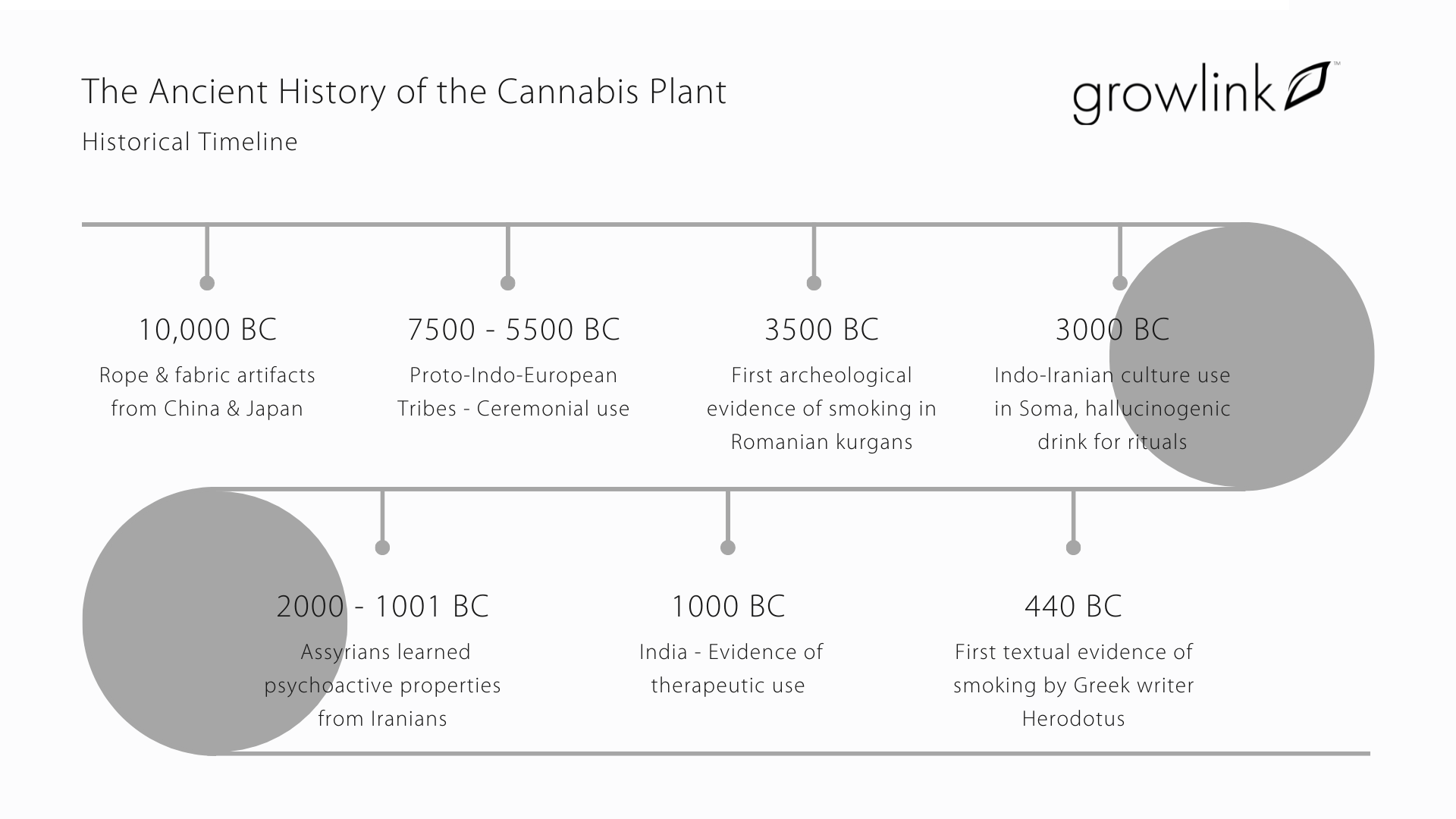 During their migration across Eastern and Southeastern Europe, the Indo-Iranians introduced cannabis to many cultures, including the Scythians, Thracians, and Dacians. Their shamans, called the kapnobatai, known as "those who walk on smoke/clouds," were said to burn cannabis infructescences (with fruit) to induce a trance. The plant was used therapeutically in India by 1000 BC. It was used in food and drink, including bhang, an edible preparation made from the leaves of the cannabis plant and traditionally consumed during the spring festival of Maha Shivaratri and Holi.

Cannabis' ancient history of ritual use was discovered in pharmacological cults around the world. The earliest evidence-backed use of cannabis smoking was found in old tombs in the Pamir Mountains in Western China. Cannabis residue was discovered in burners with burnt stones probably used during a funeral or ceremonial rituals.

Discovered by archaeologists at Pazyryk in Siberia, hemp seeds suggest early ceremonial practices like eating by the Scythians occurred during the 5th to 2nd century BC, confirming Herodotus's (Greek historian) historical reports. Muslims used it in various Sufi orders as early as the Mamluk period, for example, by the Qalandars sometime between 1173 and 1325. Smoking pipes uncovered in Ethiopia and carbon-dated to around c. AD 1320 had traces of cannabis.

It isn't easy to understand why modern history has had such a complicated relationship with a plant that has served humanity for thousands of years. What we do know is that thanks to some common sense, the plant is finally being acknowledged for its significant role in ancient history's spiritual, religious, and ceremonial rituals. Whether our ancient ancestors used it for its mind-altering properties or not, it's a very sacred and special plant and deserves our respect and admiration. 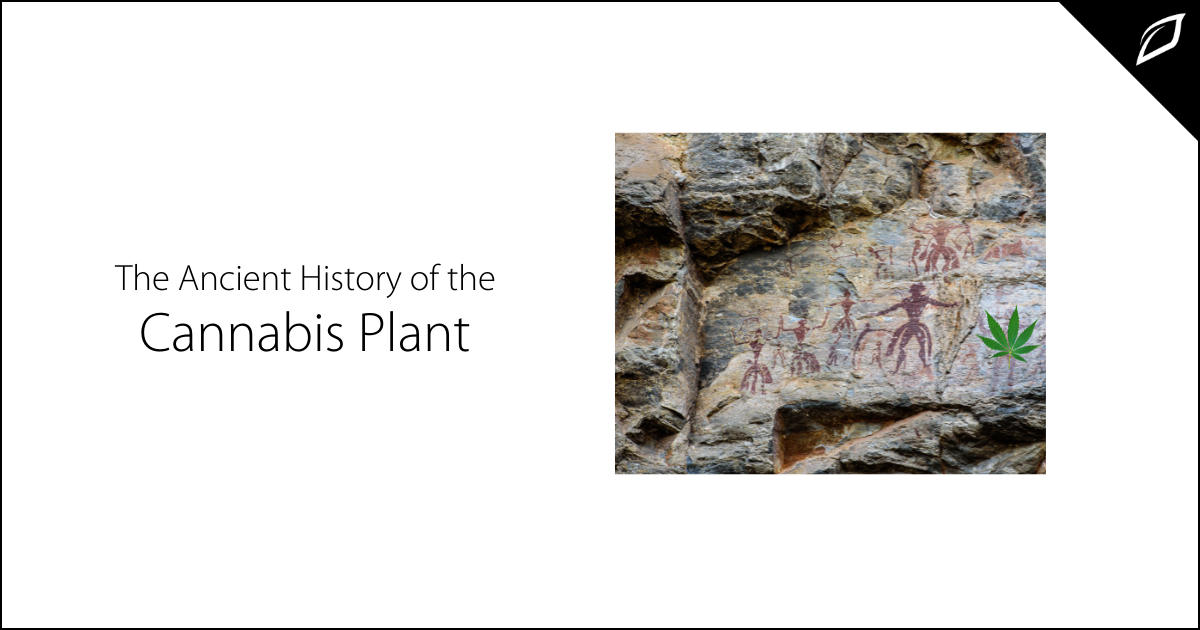