The Importance of Urban Farming

As Americans, we're pretty lucky to have access to fresh food, regardless of what time of year it is. Now that many world regions are back on lockdown and international shipments are likely to be delayed, it's important to be more self-reliant than ever. One of the ways we can be self-sufficient is to buy local and support urban farming.

What Is Urban Farming?

According to Wikipedia, urban agriculture, urban farming, or urban gardening cultivate, process, and distribute food in or around urban areas. While urban agriculture can also involve animal husbandry, aquaculture, agroforestry, urban beekeeping, and horticulture, today, we're just looking at the growing of crops, whether that's food or something to make you high, heal you or feed your soul.

How Does Urban Farming Support Community?

Urban farming is more than just a way to bond with neighbors and preserve green spaces. Urban agriculture increases access to healthy, affordable, fresh produce and provides communities with opportunities to learn about nutrition and growing food. It encourages the community to know where food comes from, how it's grown, and connect with the people who grow it!

How Urban Farming Is Evolving.

When it first began, urban farming was a way for growing cities to maintain access to fresh fruits and vegetables, along with green spaces. It helped build community by creating a gathering place that also allowed people to spend time in nature. In the US, urban gardening exploded during both World Wars as a way to stay healthy. But after World War 2, urban gardens were outlawed as unsightly and antisocial, crazy, right?

As cities grew, many no longer had green spaces to grow food, and indoor growing and farming began.

In the 1970s, urban farming became part of the social justice movement, encouraging sustainability. And by the 1990s, they had become an essential part of providing fresh produce to inner cities. As cities grew, many green spaces to grow food were replaced by high rise buildings, and indoor growing and farming began.

Indoor grows have become a staple for most urban communities. Not only do they provide access to fresh produce, but the majority of indoor grow spaces utilize environmental control systems helping to minimize the use of harmful pesticides that can contaminate groundwater.

The Future of Urban Farming.

Urban farming minimizes the carbon footprint of mass-produced produce. The concept provides healthy food that is affordable and accessible to those who need it. 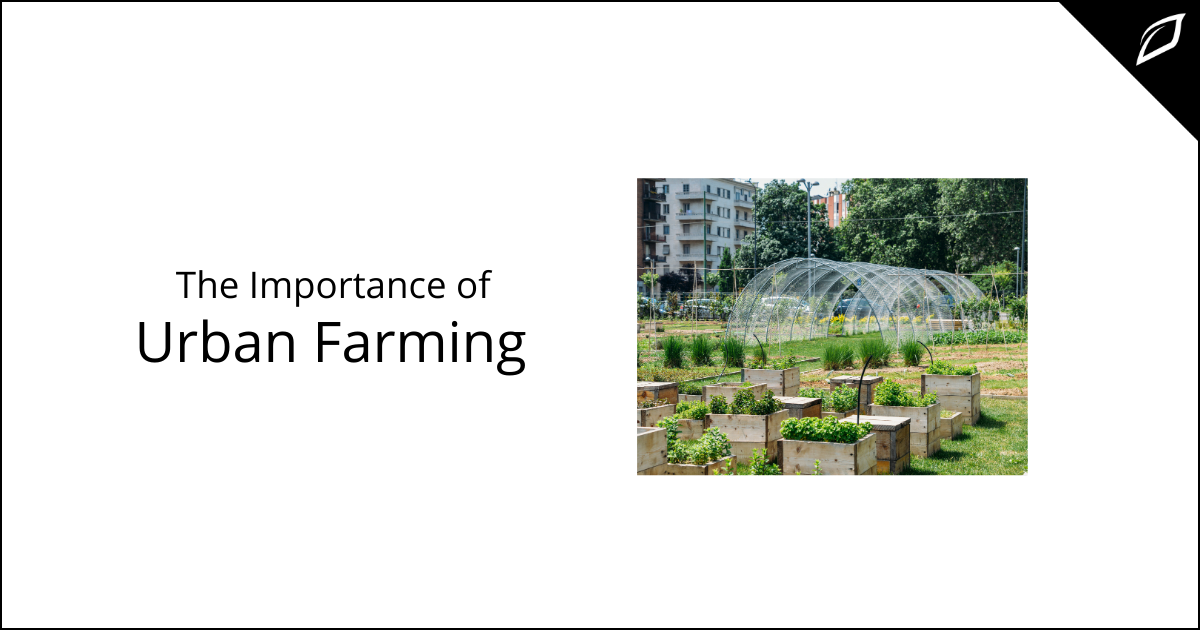