It's election day! And like most people, regardless of who you're voting for, you're likely pretty tired of non-stop obnoxious political ads, angry debates, and cancel culture. Luckily we don't want to talk about any of that, except voting, that is. Because today we're asking you to vote, not for the next tenant at 1600 Pennsylvania Avenue, but your favorite cannabis type!

That's right; there are plenty of reasons to be frustrated with mail-in ballots, and long lines at the polling places, but not here. Simply vote for your favorite cannabis type by supporting your local dispensary and buying some cannabis. Let's face it, we'll need a little downtime after this election is over!

Best known for their "head high," a delightful, energizing effect that may help reduce anxiety or stress and increase creativity and focus. Cannabis sativa is found primarily in hot, dry climates with long sunny days. These include Africa, Central America, Southeast Asia, and western portions of Asia.

Sativa plants are tall and thin with finger-like leaves. They can grow taller than 12 feet, and they take longer to mature than some other types of Cannabis and often has lower doses of CBD and higher doses of THC.

Often producing a "mind high," or an energizing, anxiety-reducing effect. If you use Sativa-dominant strains, you may feel productive and creative, not relaxed, and lazy. Because of its stimulating impact, you can use Sativa in the daytime, but avoid it to get a better night's sleep.

Indica's are typically recognized for its full-body effects, such as increasing a sense of deep relaxation. A Bud Tender once explained it like this: Indica's make you feel like you've melted into a couch. In Da Couch. (It helped me to remember the difference.) Cannabis indica is native to Afghanistan, India, Pakistan, and Turkey. The plants have adapted to the often harsh, dry, and turbulent climate of the Hindu Kush mountains.

Indica plants are short and stocky with bushy greenery and chunky leaves that grow wide and broad. They grow faster than Sativa, and each plant produces more buds.

Indica strains tend to have higher levels of CBD and less THC. Indica is sought after for its intensely relaxing effects. It may also reduce nausea and pain and increase appetite. Because of its profound relaxation effects, indica is better consumed at night.

The widespread popularity of Cannabis is bringing throngs of uneducated consumers to dispensaries. We hope to help those consumers make their buying decision with a little more education under their belt. Enjoy! And get out and vote! 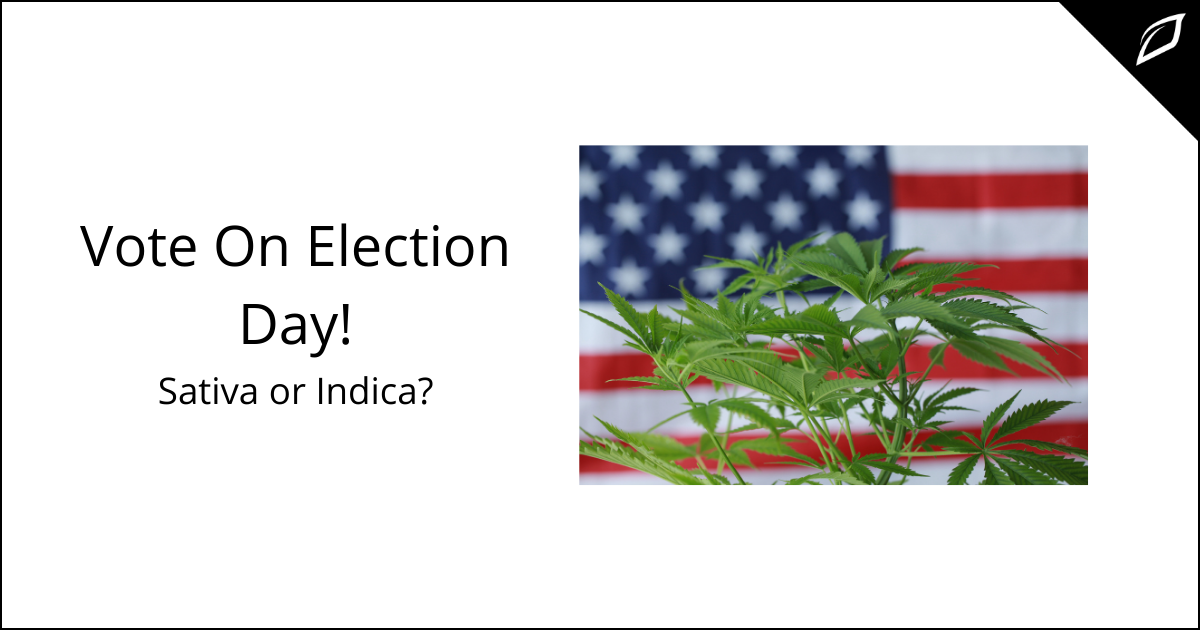