When you think about celebrities who embrace cannabis, you think about people like Snoop Dog, Billy Ray Cyrus, Willie Nelson, Seth Rogan, and Cheech and Chong. But in this article, we're exploring the more unexpected famous folks who have taken a deep inhale and jumped into the cannabis industry with both feet.

Terrell Davis, former Denver Broncos running back, knows a thing or two about injury and pain. When a series of significant knee injuries derailed his career, the Football Hall of Famer claims he could have played longer if he had been allowed to take CBD during his playing days. The celebrated athlete was on his way to becoming one of the game's most famous of all time before his injury, but not before he racked up an impressive 9,000 overall yards, 65 touchdowns, and loads of hits.

Now the three-time All-Pro running back is pushing CBD after partnering with Defy, a CBD-infused sports drink. A mixture of hemp and cannabis, CBD isn't psychoactive but may show potential for treating various disorders. Davis says he's been taking CBD products for years to treat joint pain and migraines potentially.

Mike Tyson is an American boxer and heavyweight champion who competed from 1985 to 2005 and was considered unbeatable at one time. Today Tyson is an entertainer and businessman. Founder of the Mike Tyson Academy, a boxing and fitness gym, Tyson is also getting into the cannabis industry. In December 2017, he broke ground on Tyson Ranch, a cannabis resort in the California desert. The retreat will include an upscale campground on 40-acres in California City, about 60 miles southwest of Death Valley National Park. Sources say plans are in the works to add an edibles factory and an amphitheater on the resort's grounds.

Francis Ford Coppola, iconic American film director already known for his wine brand, moves into the marijuana business. His Sána Company will be releasing several flower strains under the Grower's Series brand, produced by Johnny Deim and Brett Todoroff of the Humboldt Brothers, all grown outdoors (or sun-grown) in different locations in Northern California's Humboldt County.

In keeping with the wine theme, the cannabis flower will be packaged in one-gram tins shaped like mini-wine bottles. The new operation is located in Northern California, and while cannabis wasn't a part of The Godfather movies, there was a scene that included cannabis in Apocalypse Now. He hasn't directed a notable film since 1997, but Coppola is busy creating exceptional wines and will now lend his talent to his newest cannabis venture.

An American actress, singer, and author, Gwyneth Paltrow is also a businesswoman. She has received numerous honors for her work, including an Academy Award, a Golden Globe Award, and a Primetime Emmy Award. Her lifestyle empire Goop partnered with California dispensary chain MedMen. Paltrow, who admitted to smoking cannabis during an interview with shock-jock Howard Stern, is collaborating with the marijuana superstore MedMen to supply products to be sold in conjunction with Goop. Products include vape pens, cannabis tea bags, and cannabis-based recipes. In addition, the new line is said to include 'patches' containing CBD, a non-psychoactive cannabis compound that some advocates believe could have medical benefits.

Grammy-award winning singer-songwriter, guitarist, and activist Melissa Etheridge decided to get into the industry because of a shortage of representation of middle-aged ladies in the cannabis space. She has personal familiarity with medical marijuana, which she used during unpleasant chemotherapy sessions after her 2004 breast cancer diagnosis. Etheridge Farms, her namesake estate, is situated on 47 acres in California's Santa Cruz Mountains. While it's not yet up-and-running, the musician plans on putting her name on products, which may include flower, edibles, and cannabis-infused lavender cream. 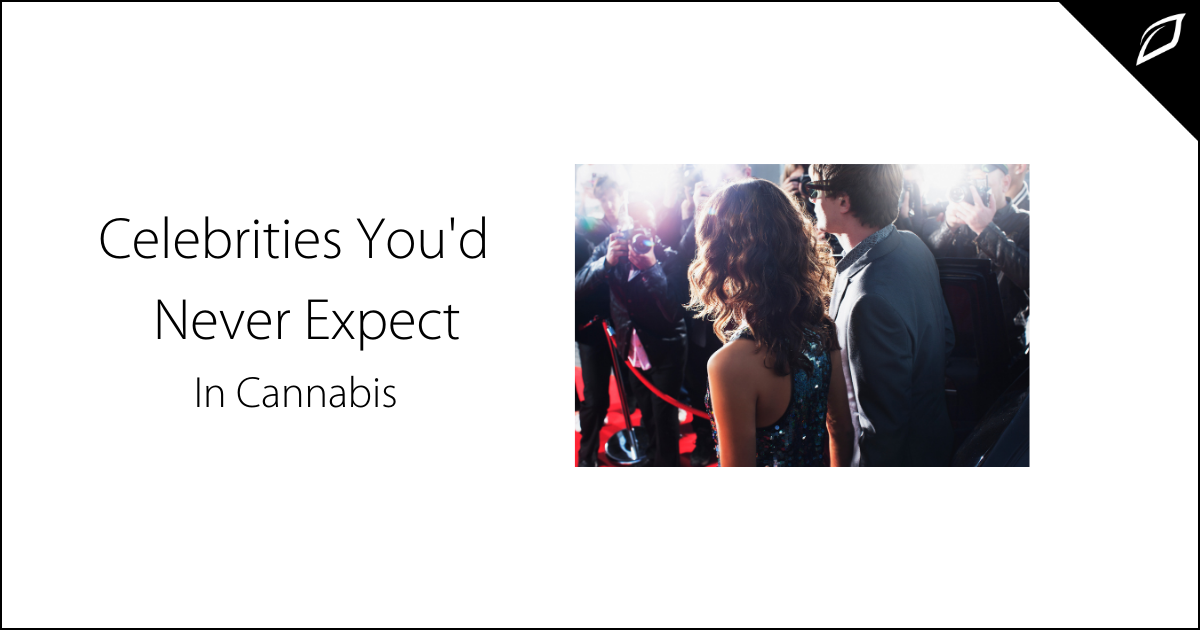