We all know the world has a waste problem. Experts have warned us for years that humankind is careening toward a tipping point for our species' future from which there will be no turning back. But don't despair — it's not all bad news! Luckily there are forward-thinking innovators out there who are using their powers for good and designing sustainable products using renewable biomaterials.

Here are three sustainability innovations that could provide us with a greener future and a more viable way of living.

Face Masks Made from Hemp

Our first innovative product has become more crucial due to the coronavirus pandemic and the increased need for single-use protective gear. A recent Environmental Science and Technology study says an estimated 129 billion disposable face masks and 65 billion gloves are used each month worldwide. According to the campaign group Waste Free Oceans, most PPE is made from plastics like vinyl and polythene that could take up to 450 years to decompose.

In response to the urgent need to reduce plastic waste, French industrial startup, Geochanvre, has developed a bio-compostable hemp face mask that works following UNS 1 category and guarantees 98% filtration. According to its website, the company has sold over 1.5 million masks since March.

According to the United Nations, the textile industry is the world's second-largest polluter behind oil. Not only does it pollute the world during production, but it also adds to the world's waste problem by clogging up landfills.

To help combat this, scientists are creating biomaterials like mycelium, the threadlike roots of mushrooms that extend below the ground, which the apparel industry is getting behind.

Bay Area-based artists Philip Ross and Sophia Wang are founders of MycoWorks, a biomaterials company in Emeryville, California. They've developed a mushroom-based product called 'Reishi' that can be treated and manufactured like fine leather.

"The process for growing it is pretty similar to what you would find with agricultural processes used to cultivate mushrooms, or as an analog, to create fine wines or cheeses," Wang told the Washington Post.

Sportswear giant Adidas is also creating a biodegradable fungi-based leather alternative for ethical footwear. They've partnered with biotech company Bold Threads to develop a material known as 'Mylo,' which offers apparel designers the ability to design products made more sustainably with "infinitely renewable mycelium over animal and synthetic-based materials," according to its website.

Air pollution is a killer. According to the World Health Organization worldwide, air pollution kills an estimated seven million people every year. Air pollution poses a notable threat to our planet and climate change.

Dutch artist and innovator Daan Roosegaarde and his team of experts have created a solution to help us all breathe easier — and look fabulous while doing it. The talented team designed the Smog Free Tower, a seven-meter-high structure that is essentially a vacuum cleaner for polluted air, providing clean air in public spaces. Using a process of ionization, dirty air is sucked into the tower and expelled again, fresh and clean and ready for our lungs.

True beauty is not a Louis Vuitton bag or a Ferrari, but clean air and clean energy," says Roosegaarde.

To that extent, you can buy jewelry made from the compressed smog particles collected by the tower. According to the website, each Smog Free Rings contributes to over 10,700 square feet (1000 square meters) of clean air.

As humankind becomes more demanding for companies to provide more ethical and sustainable options, we can only imagine the realm of possibilities that can be developed and used to replace archaic, wasteful, and polluting materials. 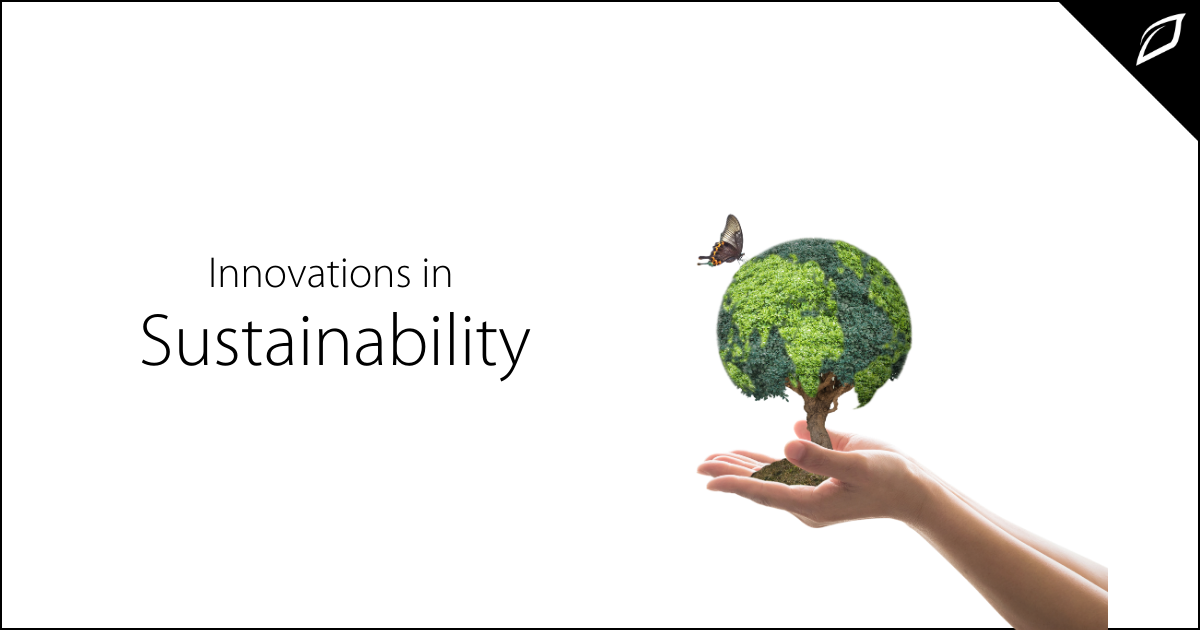