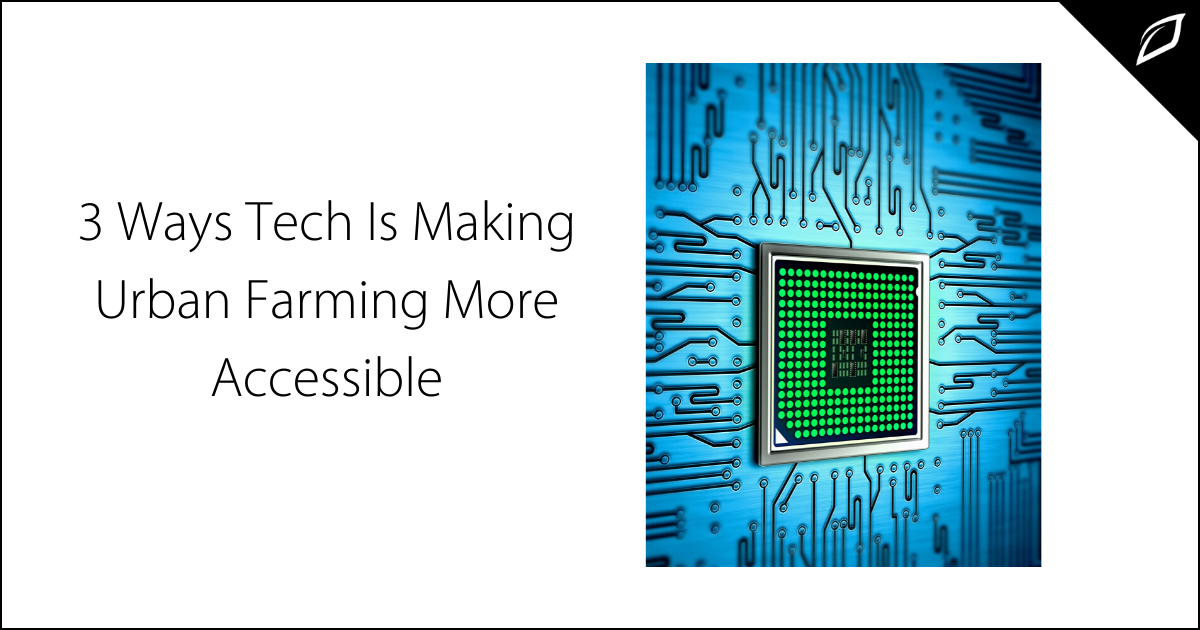 Wide open spaces are no longer an agricultural necessity. While the rolling prairies with their endless acres of corn and soy have served American farmers well for generations, there’s a new kind of farming taking hold that promises to change the shape of how we grow.

Urban farming, as the name suggests, refers to the practice of cultivating crops in densely populated areas. While it may sound contradictory at first, urban farming is an increasingly popular—and readily accessible—model for small commercial growers seeking to bring their produce to the very doorstep of consumers.

Urban farming happens in forgotten or underutilized spaces: on rooftops, for example, as well as on vacant lots. Urban farming can happen indoors in vertical gardens, it can be done using self-contained kits that deliver maximum yield on minimum space, or it can happen in recycled shipping containers, which can be purchased pre-outfitted with a variety of grow technologies.

Why Urban Farming? Growers Point to a Variety of Considerations

There’s a potential social benefit, as well. Urban growing can help address the phenomenon of food deserts, city spaces where local residents have no ready access to fresh produce and other staples. By growing where the people live, urban farmers help close this gap.

“Urban agriculture contributes to local economic development, poverty alleviation, the social inclusion of the urban poor and women, as well as to the greening of the city and the productive reuse of urban wastes,” one study found.

Technology can play a key role in making agriculture a viable option for those who live in an urban environment. Here are three tech-driven solutions that are making urban farming more accessible:

Whatever form they may adopt, most urban farmers rely on some version of controlled-environment agriculture, or CEA, technology. The term applies broadly to the sensors, remote controls, and app-based interfaces that enable agriculture in what might be considered challenged or constrained environments. In this sense, technology is, in fact, a key enabler of urban farming: Without the digital supports available through CEA and related systems, a farmer would be hard pressed to support a robust harvest in an urban environment.

Powered by technology, urban farming is bringing agriculture closer to the consumer, reducing the carbon footprint of the farm while simultaneously satisfying the rising call for locally grown goods.