A Brief History of Medicinal Cannabis 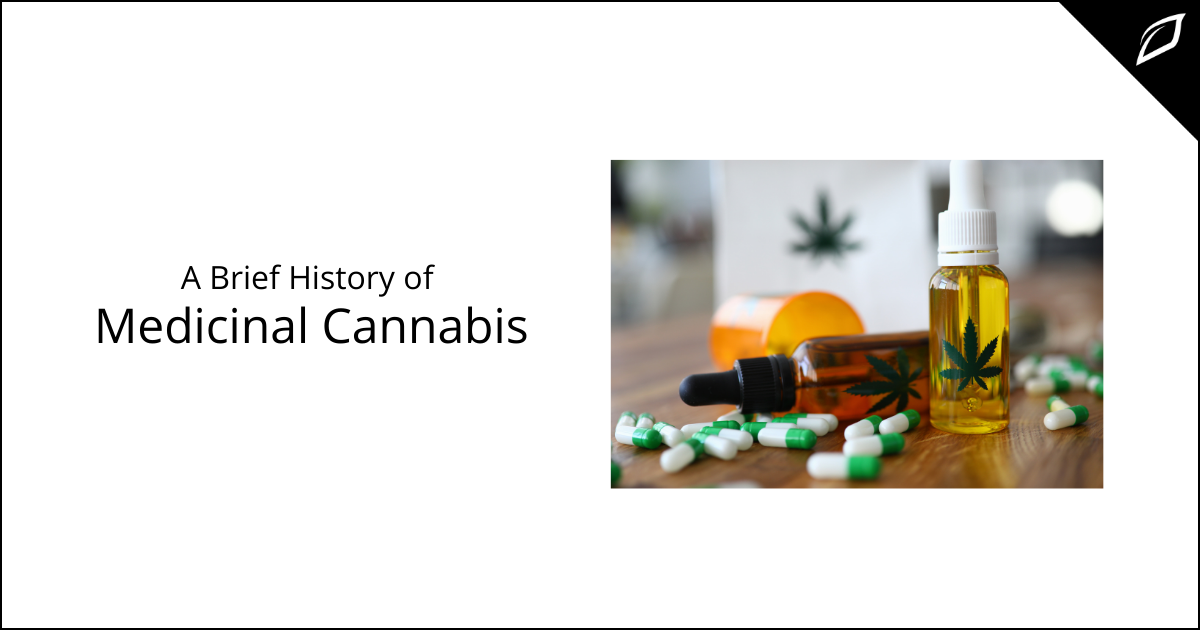 Humankind has a long and complicated history with cannabis. For thousands of years, the plant supplied us with food, fiber, medicine, paper — basically everything we needed to thrive as a species. Some believe it is the first example of our evolution into industry — that is, until a few unsavory characters decided that we could no longer access it legally. We were starved of cannabis for decades. But now, fortunately, we are finding our way back to the light as we remember and rediscover all the ways this powerful plant can improve our lives.

The history of cannabis used for medicinal purposes goes back to at least 10,000 years. Ancient physicians around the world blended cannabis into medicines to treat pain and other ailments. Archeologists found evidence of cannabis use with other medicinal plants in Ancient China, Netherlands, Egypt, India, and Greece. In the medieval Islamic world, Arabic doctors used cannabis extensively as medication from the 8th century.

Western medicine began to use cannabis for therapeutic purposes in the 19th century. Since then, many improvements in how the drug is administered have been developed. Synthetic THC was created to be administered as the drug Marinol in a capsule. The main mode of treatment for cannabis is smoking. Effects are almost immediate when smoke is inhaled. From 1996 to 1999, eight states established cannabis prescriptions rejecting policies of the federal government. Most people who are prescribed marijuana for medical purposes use it to alleviate severe pain.

The Islamic world was the first to place constraints on cannabis in the 14th century. In the 19th century, it was restricted in colonial countries, often linked with racial and class tensions. In the 20th century, international coordination led to extensive restrictions on cannabis throughout the world.

By the 21st century, some nations began to challenge their approach to cannabis. Countries took measures to decriminalize cannabis, which had disproportionately jailed people of color. The ACLU estimates that African Americans were nine times more likely to be arrested for possession than white people, despite similar usage in the United States.

Hope For Our Future

The Netherlands became the first nation to embrace cannabis in 1976 when it adopted a policy of non-enforcement. It's not legal there; they simply don't enforce the law.

Today, 35 states have legalized medicinal cannabis, while only 11 states allow legal recreational use.

For What It's Worth

There's a dizzying amount of research about marketing trends, growth rate, and potential market size, often contradictory information. Based on our research, the medical cannabis market is expected to sustain a CAGR of 14% to 27% depending on the report you read, a pretty significant discrepancy. Based on the latest data from Japan, the global medical cannabis could top $52.35 billion by 2027. Not bad for a plant that's been marginalized for centuries.