Is Cannabis The Number One Cash Crop in the US?

According to a recent Leafy report, American growers produced and sold almost 2300 metric tons of legal cannabis in 2020. The study confirmed that the US harvested enough cannabis to roll more than 2 billion joints.

The study didn't consider the entire cannabis crop produced in the US in 2020, though; they only included data from states with legal, adult-use cannabis sales, medical sales were excluded. Combined sales in adult-use markets totaled $6.2 billion from 13,042 licensed farms in 2020.

What is a cash crop?

A cash or profit crop is an agricultural crop grown to sell for profit and typically sold to companies separate from the farm. The term cash crop differentiates marketed crops from crops grown as food for the producer's family or livestock. Wheat, tobacco, soybeans, and cannabis are examples of high-value cash crops.

Based on the leafy study, cannabis is the fifth most valuable crop in the US. In fact, cannabis beats out rice, cotton, and peanuts, and only wheat, hay, soybeans, and corn ranked higher. It would be interesting to see if adding medical cannabis growth numbers would rank it higher.

And while overall, the crop is ranked fifth in the US overall, in Alaska, Colorado, Massachusetts, Nevada, and Oregon, cannabis was the single most valuable crop in 2020. In Arizona, it ranked second, and in Michigan and Illinois, it ranked third overall.

In Alaska, the 2020 cannabis harvest was worth more than twice the combined value of all other agricultural products. That being said, Alaska isn't known as a beacon of agriculture, but still an impressive fact.

Another surprise was Massachusetts, whose massive cranberry harvest fell behind cannabis.

Colorado legalized cannabis in 2012, the first adult-use state to do so, and it's now the state's most profitable crop. More importantly, it has finally surpassed the illegal market, with 80 percent of all cannabis consumed in the state supplied by licensed dispensaries. It's prudent for other states to take note. It seems that it may take time for legal markets to displace illegal sales.

Noticeably missing from the rankings was California, the largest agricultural state in the nation. It's hard to beat almonds and grapes. Almonds were California's number one cash crop at $5.6 billion, and grapes followed closely at $4.5 billion in annual sales. Cannabis will need to do some catching up to overcome those numbers. But as the California cannabis market matures, it may take the number one spot one day.

While it may take time for cannabis to be the number one cash crop in the US when a state like Oklahoma surpasses $800 million in medical cannabis sales in 2020, and if medical markets were included in the Leafly study, it may already be number one without anyone knowing it yet, only time will tell. 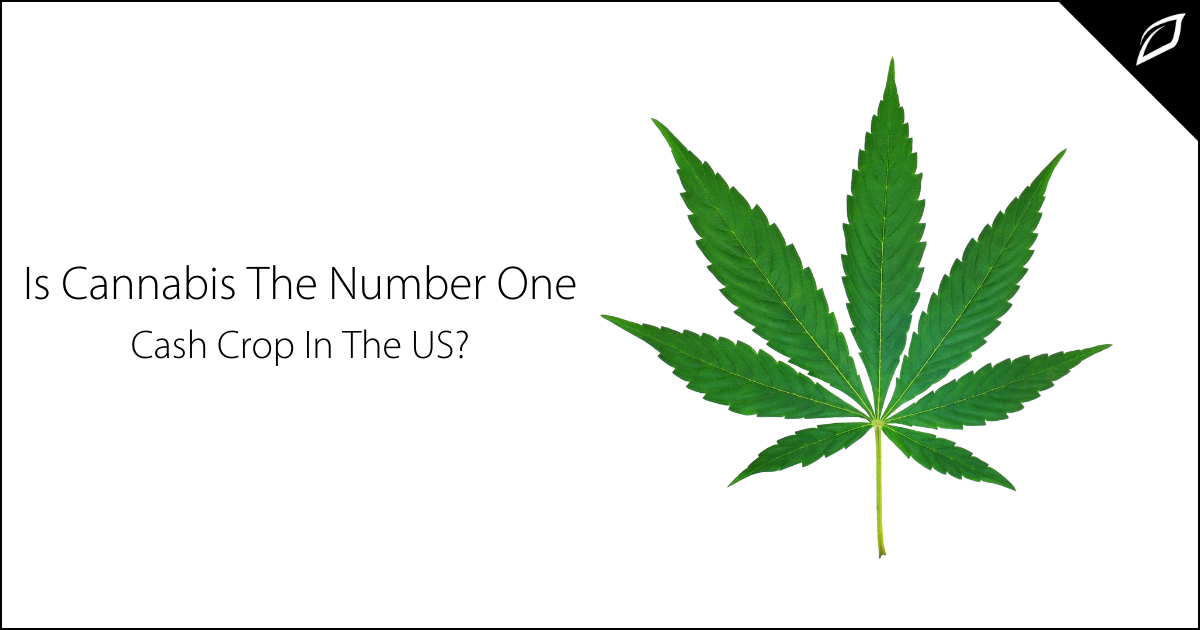